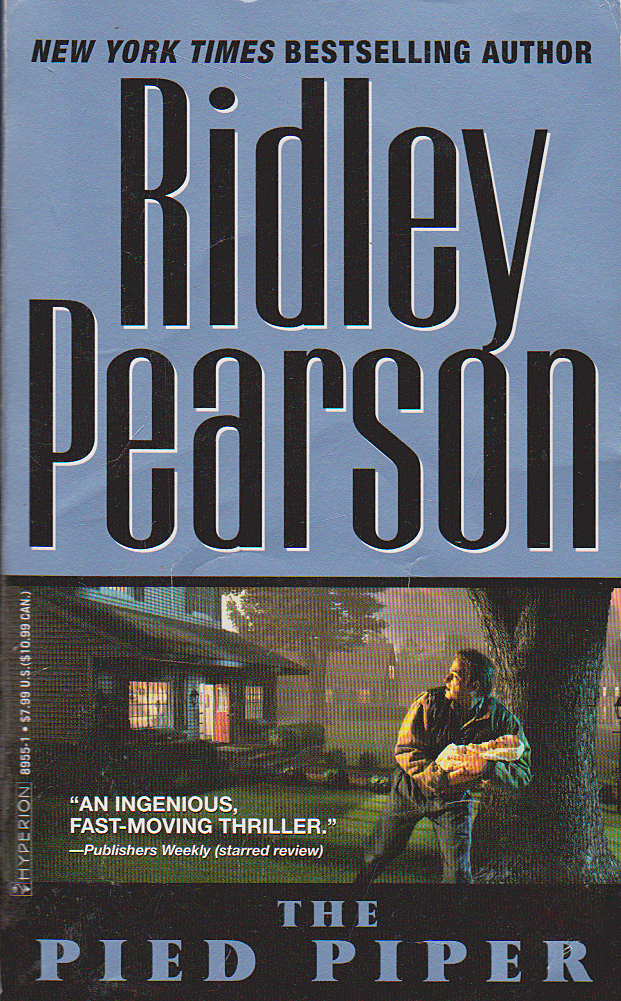 I cant remember if I read this before, but I think I did. It seems familiar, but I don’t remember it. But there are moments that seem really familiar, like Ive already read the book before now. I probably have read it before.

Welcome to Matt Reviews Books! I am Matt and I am the crossing guard for this channel. This is a book review channel dedicated mostly to older books. Books that were once bestsellers, but are now found in a box in your garage or at a used bookstore.

Today, lets talk about The Pied Piper by Ridley Pearson.

The Pied Piper is a Lou Boldt novel. If you don’t know who Lou Boldt is, he’s a Seattle Police Department detective. Over the course of the Lou Boldt books, he’s promoted a couple of times. In The Pied Piper he’s a lieutenant in the departments Intelligence division.

The Pied Piper is a hard boiled detective story, as is a lot of Ridley Pearson’s bibliography. If you’re a fan of Michael Connelly or John Sandford, check out Ridley Pearson’s Lou Boldt stories. To tell you the truth, I forgot how much I really like Lou Boldt novels.

This story focuses on a serial kidnapper. The perpetrator leaves calling a card of a penny whistle in crib of kidnapped baby, hence the nick-name Pied Piper. By the time the Pied Piper strikes in Seattle, he or she has already kidnapped children in cities in California and Oregon, so the FBI is involved.

First of all, Ridley Pearson never really makes any FBI agent in his books likable. The relationship between Lou Boldt and the FBI is like the relationship between a private detective and the police in classic pulp novels. The feds always treat Boldt (and the rest of the police department) like he’s in the way, with nothing to offer the investigation except get the agents coffee. And the feeling is mutual.

Side note, I should review some Raymond Chandler or Dashiell Hammett.

So, the Seattle Police Department creates a task force investigating the kidnappings, with Boldt’s old boss Sheila Hill in command, and works with the FBI. As much as the FBI agents seem hot to catch the unknown perpetrator (or unsub for you Criminal Minds fans), evidence seems to get misplaced and work requested by the police seems to take forever to be completed. I, as the reader, immediately suspected there might be an insider component to the crime spree.

I was only partly right. Honestly, I kept thinking I knew who the criminal was, even though I was sure I had read the book. I was so sure that I knew who the Piper Piper was and that they were either a cop or a federal agent, I was honestly surprised at the reveal. I tricked myself. Thats better than reading it the first time.

And then things get personal for Boldt, and really complicated, when the Pied Piper strikes at him, kidnapping his daughter. The story was already tense enough with the basic subject matter, but Ridley Pearson ups the ante and the suspense by adding the personal element. We’re pulling for Lou Boldt, so a direct attack against him and his family is personal.

In the end, I really enjoyed The Pied Piper. It was a swift read with a lot of great tension, even if I’m sure that I’ve read it. I recommend you reading it, too, if that sounds like your cup of tea.

View all posts by Matthew Reed

This site uses Akismet to reduce spam. Learn how your comment data is processed.

Welcome! This is the greater online home for Matthew Reed, host of Matt Reviews Books on YouTube and general scribbler of words. He’s also a photographer, video editor, and book editor.